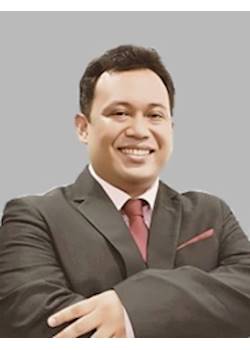 
JERREMEO RAINIER GABAS, "Renren" was in college when he got caught up in the local IT startup scene. He was part of the three-man team to develop an internationally-awarded education app. At that time, investment into IT projects was not that high. After graduating from UP Diliman, he entered into civil service with DOST's Advanced Science and Technology Institute. During that time, he honed his soft skills as well as hard skills in IT. He moved to the private sector as an IT consultant for a conglomerate in 2010. It was there that he realized that while the IT problems of the private sector are easier to address, their recurring nature gave them a different level of difficulty.

In 2014, he shifted his career towards real estate after he passed the board and became a licensed broker. Soon, he started in project selling and joined Fil-Estate Sales Inc as VP for Sales. To widen his professional reach, he joined REBAP Mandaluyong City Chapter. He became the VP-MIS after two years, and instituted lasting changes into the chapter.

He became a LINK Business Broker in January 2020, and started his serious foray into online marketing. Renren's broad skills acquired over different industries and situations provides him with credibility and confidence when discussing business with clients. His main focus is to provide exceptional service to entrepreneurs and MSME's in the South, namely: Batangas, Cavite and Laguna areas or BACAL for short.