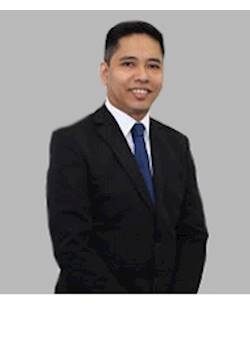 Gemmy is a seasoned management and leadership professional. He is a Christian who traces his roots to Pasig City. He obtained his BS Business Economics degree from the University of the Philippines in 1996 with cum laude honors. He obtained his Master of Arts degree in Economics in 1998 from the Ateneo de Manila University and his Master in Business Administration degree with a Gold Medal also from the Ateneo de Manila University in 2006. He won 3 debating championships as a student at the University of the Philippines and won the Inquiry Award for The GUIDON at the Ateneo de Manila University. Gemmy’s management and leadership journey spans through two decades. A big chunk of his professional career was at Nestle Philippines. He started out as a Key Accounts Manager in 2000. In 2003, he was promoted as Business Team Leader and was also awarded as the Most Outstanding Key Accounts Manager, the highest individual award given to an employee in Sales. In 2006, he was promoted as Assistant Vice President – Regional Sales Manager to manage the national key accounts and major foodservice accounts of the Ice Cream and Chilled Dairy Business Units. From 2011 to 2013, Gemmy was National Sales Manager at GlaxoSmithKline and was able to deliver consistent double-digit sales growth. In 2013, Gemmy decided to fulfill an item in his bucket list to become an Overseas Filipino Worker as he moved to the United Arab Emirates. He became Head - Philippines Corridor for UAE Exchange Centre LLC, the world’s leading money transfer, foreign exchange and payment solutions company. In 2015, he took on bigger responsibility to become Head – Corridor Marketing – Southeast Asia. Along the way, he received various accolades from the international community like Kabayan of the Month - June 2014, Inclusion as one of the 36 Filipinos in the book called “Filipino Heroes in the Gulf” in 2016 and the Dakilang Bayani Award in 2016. Recently, Gemmy decided to come back home for good in the Philippines and is currently Assistant General Manager of his family business, Panaderia Dimas-alang, one of the leading bakeries in Metro Manila. He is on a mission as a Business Broker to help effectively manage the sale of privately-owned businesses.